Half and half is a chilled dairy product made of half cream and half whole milk. It is often used in coffees and to make ice cream. Whole milk has around 3.5% milk fat and cream has 18-20%. The milk fat content of half and half varies between manufacturers but usually falls around 10-12%.

The cream makes the texture heavier and thicker than normal milk, but the whole milk dilutes the richness of the cream making a perfect middle ground. 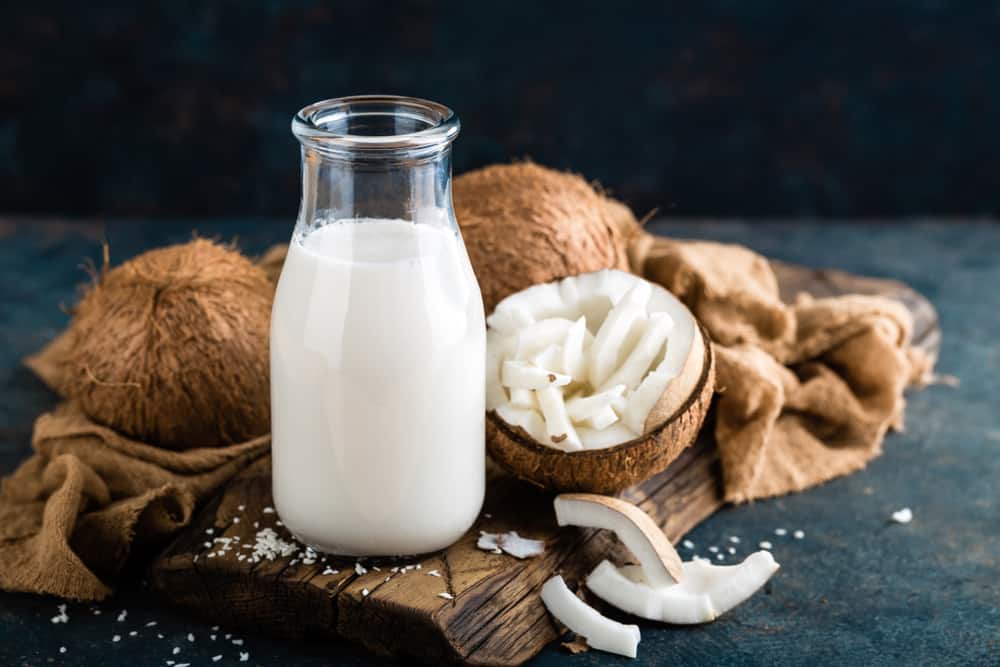 Half and half is a homogenized product, meaning that it is blended before being shipped to stores. This prevents it from separating in transit and your coffee.

Half and half is perfect to add to any dish requiring milk to make it richer and more indulgent or substitute for heavy cream to lighten the dish slightly.

Half and half is fairly costly and spoils quickly, meaning you are usually left with a half-empty container sitting at the back of your refrigerator idling. Luckily, this article will let you know how to freeze half and half well at home.

How to freeze half and half

If you have bought an unopened container of half and half, you can simply pop it in the freezer. As it has not been opened, there is no air exposure and therefore the half and half will not split upon thawing.

Measure out the amount of half and half you want each portion to be. If you use half and half for coffee, we recommend freezing in an ice-cube tray. Each cube is usually equal to about 2 tbsp and so this would be perfect to pop out for your morning coffee.

Place in the freezer until solid and then pop out the cubes and place in a labelled ziplock freezer bag to store.

If you use half and half more in cooking, it is recommended to freeze in ½ or 1 cup portions. Freezing in the quantities you require will reduce food waste and allow you to only defrost the half and half that will be used.

Pour the half and half into a clean plastic jug with an airtight lid, leaving an inch of space at the top. This allows the half and half to expand in the freezer without breaking the container. Seal tightly and freeze.

Pour the desired quantities into ziplock freezer bags, sealing all but one inch of the top. Lay flat on a countertop and squash out as much of the air as possible before sealing completely. Label and date the bags to help keep your freezer organized.

If stored correctly, half and half can keep for up to 3 months in the freezer.

How to defrost half and half

A few hours before you need to use the half and half, take it out of the freezer and place in the refrigerator to thaw. Leave to sit for a little while, being aware that it may split once thawed. This is because the butterfat molecules have clumped together in the freezer.

All you need to do to fix this is to whisk the thawed half and half until the butterfat has melded back in, and it is ready to use.

If you have opted to freeze half and half in an ice-cube tray for coffee, take a cube or two out of the freezer the night before you want to use it. Leave it in a mug in the refrigerator to defrost and mix well before adding your coffee to the cup.

Factors to consider before freezing half and half

Half and half has a thinner consistency than heavy cream. This means that it is more susceptible to splitting once thawed, making it appear curdled. Thawed half and half is better suited to use in baking and cooking, but it will still work for coffee.

Do not refreeze half and half once thawed as dairy is a good environment for bacteria to grow in. Thawing then refreezing can lead to bacterial growth, which in turn, can make you very ill.

We do not recommend freezing non-fat or fat-free half and half. This is because the ingredients used to replace the fat content will destroy the texture of the half and half when it thaws. It is not like regular half and half which can be whisked back to its original consistency.

Due to the higher fat content than regular milk, half and half will freeze well. If you follow the instructions above, you can freeze half and half well for 3 months. It will last longer than this, but this is the optimal storage time.

If you find that the thawed half and half has a grainy texture, even after whisking, you can try adding a little powdered sugar to the dairy. This may smooth out the texture a little. Some people advise microwaving the mixture to remelt the butterfat.

We hope this advice has helped you feel confident to freeze half and half.