Whether you have a favorite limited edition or seasonal flavor you want to preserve for longer than the few weeks it’s available, or just wondering if you can extend the life of your coffee creamer in general, freezing is a viable option.

Perhaps you have creamer in stock for guests who might want it, or maybe you’re a couponer who prefers buying in bulk? Whatever your reason, keep reading and we’ll tell you exactly what you need to know. 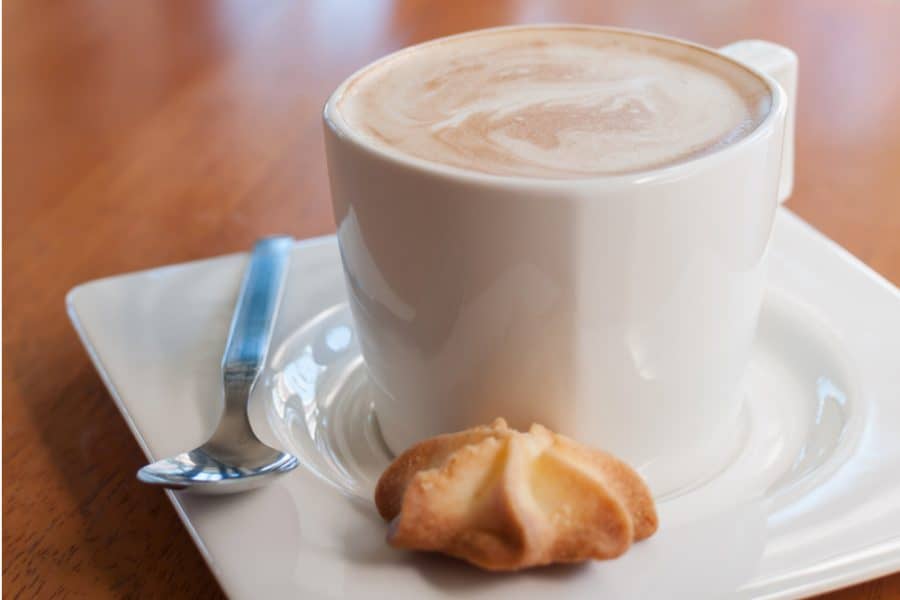 Although the majority of manufacturers will state that their creamers aren’t suitable for freezing, this is simply because there is a chance the ingredients may separate somewhat afterwards, and merely a recommendation.

It’s completely safe to freeze, thaw and consume creamer, so long as you follow our clear instructions – it might take more stirring than usual, but your coffee will be just as delicious, trust us.

Coffee Creamer – What’s In It?

Popular amongst caffeine fans as a substitute to cream or milk, liquid or powdered coffee creamer is typically made from a combination of oils, sugars and thickeners, lasting longer than dairy milk products and usually entirely dairy-free.

Whilst the liquid creamer usually only lasts a few weeks after opening, the powdered variety can keep going for up to six months in your pantry, so you won’t often feel the need to freeze it.

You can find it in several varieties, including low fat, flavored and sugar-free, but all of them are suitable for freezing, even though the manufacturers would prefer you to waste it and buy a fresh bottle!

First and foremost, you’re going to want to know that the maximum amount of time for keeping frozen creamer is six months; bear in mind this is just an estimation based on the experiences of others, and not an official guideline or use-by date.

Regardless of if your creamer is liquid or powdered, vegan or dairy, it’s safe to put in the freezer – although the former has a long shelf life as it is, the latter usually expires faster, but both will be a-ok in storage for up to half a year.

Got plenty of freezer space, and a pretty full bottle of creamer you’d like to keep for longer? You can freeze as is, in the original packaging, though make sure there’s a little bit of space to allow room for expansion when frozen.

Prefer to separate it out into separate portions? Pour it into an ice cube tray! You’ll have handy cubes to throw into your drinks as and when, and it’s unlikely to make a mess of your freezer, either. Again, leave a little  room just in case of expansion.

No trays to hand? You could double up on freezer bags to prevent spillage, use a Tupperware container or something similar that can seal for even more security, although these will likely freeze into awkward shapes that are difficult to defrost.

You must have enough freezer space to comfortably fit an ice cube tray, or a baking tray if you opt to freeze quenelles of whipped cream.

Do not forget to create an air gap at the top of the heavy cream container to accommodate for the cream expanding when it freezes.

The fat molecules in heavy cream are surrounded by a protein membrane. In cold temperatures, butterfat crystals can form inside of the protein membrane and can rupture it.

As the cream warms up, the butterfat begins to seep out of the membrane and this may need redistributing through stirring.

Remember to label your frozen creamer with the date that you froze it, as well as how far away from reaching the expiry date it is at the time of writing, as this will help you stay on top of things and use it up with plenty of time.

For the most efficient thawing process, all you need to do is take out your frozen creamer and pop it into the refrigerator for a few hours, or you can leave it in there overnight for the best results.

Should you have opted for the frozen bottle method, it’s going to take a while longer to reach its liquid state again, and you’re going to want to shake it vigorously before pouring into your coffee, just in case of lumps.

However, if you opted for the ice-cube creamer method, there’s no reason why you can’t put it directly into your piping hot cup of joe, unless you prefer to drink it at scalding temperatures.

Likewise, if you’re making an iced coffee, add the creamer cubes directly into your cold brew, or pour your shot of espresso over top; blending with a shot or two of coffee makes for a tasty frappuccino, too!

If you’re leaving your creamer to thaw out, you should consume it as soon as possible once entirely defrosted, especially if it only had a few days of life left at the time you froze it. Spoiled creamer does not make delicious coffee!

Also, once you’ve frozen and thawed out your creamer once, don’t attempt to re-freeze, as the results will be disastrous, won’t taste very good, and could actually make you unwell!

How To Use Up Leftover Creamer

Run out of room in your freezer, or prefer to use your creamer up as soon as you can?

Add it to a cup of hot chocolate! Especially good when you’ve got those really tasty holiday flavors on standby, you can make a really tasty, barista-worthy, velvety coca right in your own kitchen – the kids will love it!

Stir into your morning oatmeal! Tired of the same tasteless oats to start your day? Sweeten them up with some creamer! We recommend reducing the amount of water or milk you put in during preparation, to allow for the extra liquid.

Making pancakes or waffles? Throw half a cup of creamer into your batter, replacing whatever liquid is called for in your favorite recipe – you’ll get sweeter results, and use up your leftovers to boot!

When potatoes are on the dinner menu, and you’re going to want to hear us out here, consider mashing them up with creamer instead of milk (though of course, avoid the flavored varieties here!) for smooth, whipped potatoes everyone will love.

Some desserts that call for cream or milk could also utilise creamer in their place, so if you’ve ever run out of the former, it’s worth doing a quick google to see if you can break out the creamer as a last resort.