You can freeze cream soups that have been leftover. They can be kept frozen until you’re ready to enjoy the soup for round two.

Having said that, the cream base of the soup can sometimes separate during the defrosting process which can affect the taste and texture. 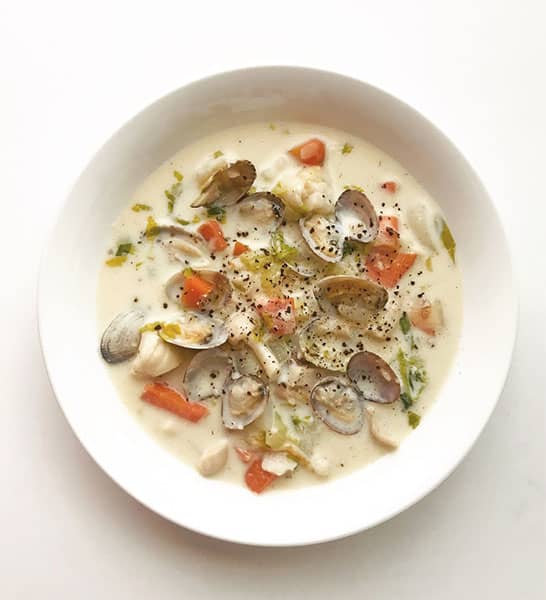 If you have defrosted your cream soups to find that they are separated, all you need to do is whip the liquid back together while you’re reheating it.

Although the texture might go back to how it was before freezing, the taste could become permanently altered.

Freezing cream soups allows you to keep them for an additional three months, which is perfect if you’ve accidentally made too much and don’t want to waste all of your hard work.

How To Freeze Cream Soups

A good thing to remember about freezing soup is that if you can freeze all of the ingredients separately, then you can most likely freeze the soup.

Plenty of people are put off by the potential for your cream soup to separate during the freezing process and even go as far as to say that you cannot do it, but they would be incorrect.

Freezing cream soups is easy. First and foremost, you’re going to need to wait for it to cool down completely before putting it in the freezer.

Remove the soup from the cooking pot and wait for it to cool for around 30 minutes to an hour. Skipping this step could compromise the soup and your health.

Once the soup is at room temperature you can put it into an airtight container. This can either be a freezer bag or a plastic box. Make sure that there is nowhere for your soup to leak from because this could seriously ruin your freezer.

Some people prefer to remove all of the liquid portions of their cream soups and only freeze the solid matter. Once you’re ready to reheat and consume the soup you can add a fresh amount of cream or milk.

This isn’t necessary but it would prevent the rapid whipping that you’ll need to do to combine the soup again once it’s defrosted.

Write the date on the container and put the soup into the freezer and wait at least eight hours for it to completely freeze.

How To Defrost Cream Soups

If you are within the deadline; however, you can defrost the cream soup ready to eat. We would begin this process around 24 hours before you want to eat the soup.

This is because you want to slowly defrost the soup rather than quickly. Slowly defrosting the liquid will prevent the separation as much as possible and leave you with less work to do.

Once you’re ready to heat it up to eat it, check the soup to see if it has separated or not. Freezing it in clear containers can be very beneficial for this part.

If it hasn’t separated, you can heat it up however you’d like to - in a microwave or on the stove. However, if it has separated we would advise you to heat it on the stove so that you can combine the ingredients back together during the process.

Take a spoon and stir every couple of minutes until the soup has restored its original look and consistency.

You can reheat separated soup in a microwave, but remember to stop the timer every twenty seconds or so and stir it to recombine. Just be careful not to leave the spoon inside of the microwave when you turn it back on!

Perhaps the main factor to consider before freezing cream soups is that the texture and taste are likely to change once it’s frozen.

Cream soups are an emulsion which means that the components will likely separate in the freezer. Yes, you can recombine them with a little more effort on your part, but should you?

Recombining the cream soup can likely leave the reheated soup with a grainy texture rather than the smooth consistency that you might be craving.

To prevent this from happening, you can remove the cream base before freezing it and add the dairy back into the soup when it comes time to reheat it.

Another consideration is whether your cream soup involves vegetables such as potatoes and carrots. Once you reheat the soup and the vegetables within it, they will continue to cook in the microwave or on the stove.

This will leave them soft and overcooked, which can greatly affect your meal experience.

To prevent this from happening you can undercook the vegetables before putting them in the freezer. This means that when you go to reheat the soup your vegetables will continue cooking and end the process at the perfect consistency.

To sum up, yes you can freeze cream soups. If you’ve accidentally made too much chowder, you can easily freeze it in either bags or containers (once the soup has cooled first, of course). It can remain in the freezer for up to three months before going bad.

Defrost the soup slowly to avoid the components separating in the refrigerator. If this does happen; however, you can whip the soup back together to combine the ingredients while you’re reheating it.

There is the potential for your cream soup to develop a grainy texture during its time in the freezer.

However, you can remove the cream base before freezing to avoid this. Make sure to slightly undercook your vegetables to avoid them turning to mush as you reheat the soup!