Have you whipped up a batch of your favorite spicy snack, only to find there’s too many for you to finish? Maybe you’re prepping some to cook later and wondering if you can store some long-term for a rainy day?

Having a tasty snack on hand for the next game day or celebration is always convenient, but homemade tastes better than storebought, and sometimes there isn’t always time to prepare them on the day, even when you have a real hankering. 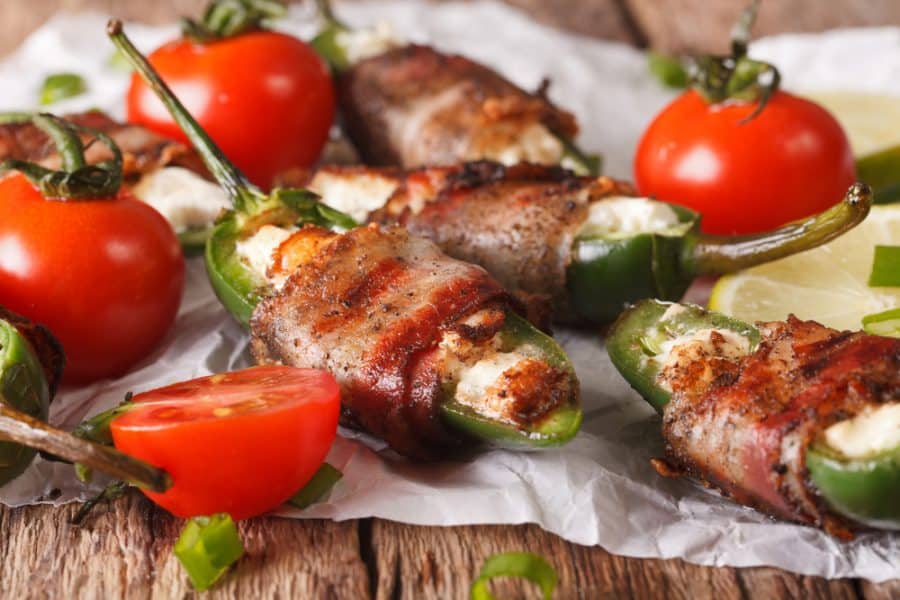 When it comes to prepping finger food, it can be difficult to know how much is too much, as well as predict if they’re going to go down well, which sometimes leaves you with an unexpected surplus.

Whatever your reason for wondering, wonder no more - we’re here to clear up everything you need to know about how jalapenos poppers fare in the freezer, how best to prepare them for the chill and what do do when it’s time to reheat.

Jalapeno Poppers - What Are They?

Trademarked in 1992 as the brainchild of major manufacturers Anchor Foods, a ‘popper’ is simply a normal jalapeno, hollowed and filled with cheese and spices (although other fillings can be utilised) and then typically breaded and deep fried.

You may have heard them referred to as ‘Armadillo Eggs’, paticularly if they’ve been wrapped in bacon, which mimics the appearance of that classic ridged armadillo shell, but those are the same thing, too.

Likely a Tex-Mex version of the chile relleno, or stuffed chili, a popular dish in Mexican cuisine that usually features a Pablano pepper, they go down a treat as finger foods at parties or for a starter at your favorite restaurant.

Okay - we’ve established the origin of the popper, we know what they’re made of (usually) and how to properly prepare a batch according to tradition. But can you freeze any popper you like?

As with the majority of foods, your poppers are going to be at their most delicious if you freeze them prior to cooking, as this will prevent a sogginess to the batter when defrosted, and we all know the best poppers are crunchy!

First off, heed this advice: avoid using cream cheese, specifically those that are low-fat, as it’s likely to separate in the freezer which will alter the creamy texture and leave you with a melted mess after cooking.

Once prepared (i.e stuffed and breaded), you want to take a thin baking tray or muffin tin and line your poppers up nice and flat, making sure they can’t stick together during the freeze, which could affect the breading.

Covering them with some plastic wrap is going to make your life a lot easier, as well as minimize the possibility of freezer burn affecting the cooking process later, so make sure you wrap your tray up and find an appropriate spot!

If you’d prefer to use a sealed, airtight container, no problem, but make sure you don’t stack the poppers - a single layer only, to prevent cracking and separation of the breading during the process.

It’ll be easier to store them in a container as opposed to a flat sheet if you actually freeze them on the sheet for a couple of hours first, as this prevents any sticking together and messing up of your coating once in the box.

Cooked poppers are totally fine to freeze too, though you should know right off the bat you won’t achieve the crispy crunchy deliciousness as you would get from an uncooked popper. If you’re willing to get over that, it’s all good!

Storage-wise, separating them out into a Tupperware or similar container and keeping them laid flat is important - even more so as that breading will be easier to rip and tear if you’ve already cooked those poppers in advance.

Once frozen, you’ll be able to store them for up to four months and retain that tasty texture and flavor, but after that, you should be prepared to say goodbye - rancid cheese is nobody’s idea of a good snack!

To make this easier, label each package with the date you’re freezing them, as well as noting how fresh they were at the time, as this will give you an idea of how urgently you should consume once defrosted.

When it comes to defrosting, there’s no need to wait around for your poppers to thaw out before cooking and eating - unless they contain raw meat, in which case you should follow other guidance regarding the ingredients you chose.

To enjoy previously uncooked poppers immediately from the freezer, simply preheat your oven, arrange them on a tray and bake for twenty minutes or so until crispy and golden, or deep fry - having a thermometer on hand to check the middle is adviced.

As for those that had already been cooked, you just need to wait until the poppers are piping hot again, though you will struggle to obtain the crispy exterior that you’re looking for, as wel already said.

Remember that cheese is incredibly hot once cooked, and if you’ve ever suffered a molten cheese burn, you’ll know to let the poppers rest for a few minutes before going ahead and tossing them into your mouth.

Whatever you do: stay away from the microwave! It might be tempting to blast them with some heat if you’re really hungry, but all you’ll end up with is a soggy, cheesy, melty mess to scrub away afterwards.

Once your poppers are thawed and cooked, you should consume them as soon as possible, no longer than a couple of days, as the risk of spoiled dairy in your tummy is not worth the deliciousness, no matter how good!

Likewise, do not attempt to refreeze the poppers for a second time, as not only are you looking at an upset stomach and a few hours in the bathroom, but they’ll never regain their original taste and texture, so all you’ll be serving up is disappointment.