Banana peppers are one of the most versatile vegetables in the world, perfect for adding that extra zest and brightness to summer meals.

They are not considered a hot pepper like jalapenos or chili peppers, they have a moderate flavor to them with a mild hot aftertaste.

These peppers are generally used as a light kick to a summer salad, sandwich or one of the main ingredients in a salsa dip.

However, these banana peppers only fruit from the summer to the late fall, so if you want to eat them all year round, you’ll probably have to think about freezing your own batch to be thawed out and cooked later on. 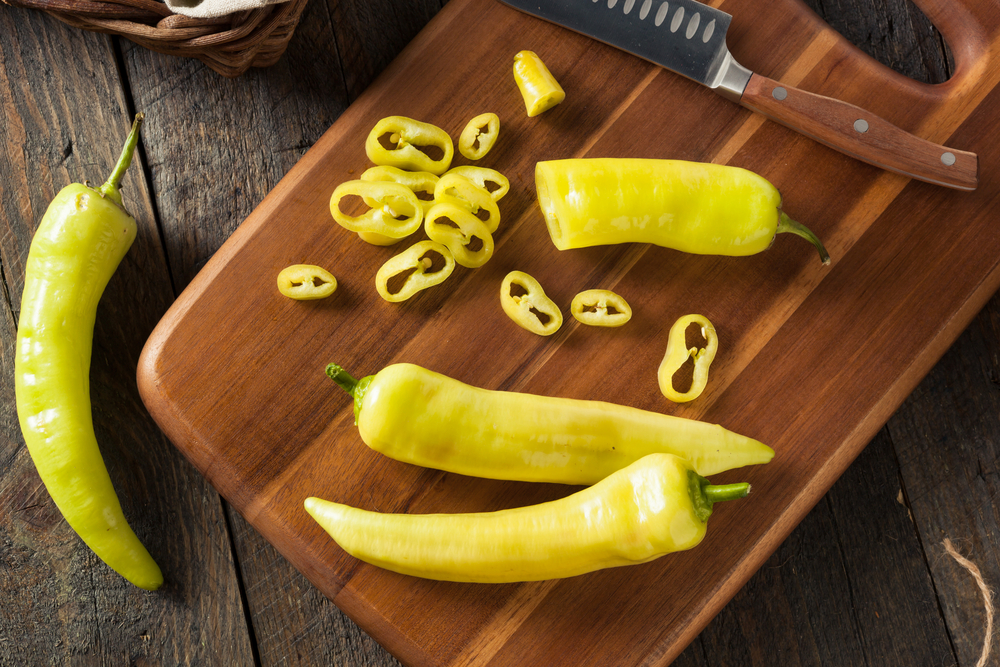 Once they have been harvested, a banana pepper will typically last a week in the refrigerator before they start to go rotten. So, if you are a fan of these mild sweet-spicy treats, you’ll be wanting to familiarize yourself with the numerous methods of preserving your banana peppers.

But what are the different ways of keeping banana peppers fresh for longer than a week? Can you freeze this fruit to make it last through the winter months?

Also, what is the best way of thawing out these dishes in a way that will retain their flavor, so they give that extra zest to your salads and salsas?

Well, pepper-heads, you don’t need to worry, because we’ve compiled a list of some of the best tips and tricks for freezing, preserving and thawing your banana peppers in a way that will keep all their flavor and give you that wholesome and sumptuous meal!

How To Prepare A Banana Pepper For Freezing

Okay, start the process by picking out your freshest and ripest banana peppers. Then rinse them thoroughly under cold tap water.

Then take a sharp knife and cut the stem off the banana pepper before slicing them open. Shake out the seeds and chop the peppers up into whatever size you want.

If you don’t want to use the skins in your cooking, just remove that with the knife. However, bear in mind that preserving the skin will help retain the banana pepper’s zesty flavor and crunchy texture.

Take some wax paper and line your chopped banana peppers across it, making sure that they do not touch or clump together. Then place them on a baking tray and insert it into the freezer. Leave the peppers to freeze overnight.

Banana peppers have a high water content, so when they are frozen, crystals will form throughout your fruit and it will develop a kind of damp texture. This means that once frozen, you won’t be able to stuff or spread your fresh banana peppers in your sandwich or salad, as they will break apart very easily.

Check the banana peppers to see if they’ve frozen solid. Once they have, remove them from the freezer and place them in several resealable plastic bags.

Ensure as much of the air has been removed from your bags as possible for you to seal them inside, as this will prevent the spread of bacteria.

Label each bag with the date they were stored and replace them in the freezer.

How To Blanch Fresh Banana Peppers Before Freezing

Blanching a banana pepper beforehand will stop any enzymes from activating within them, which can often lead to the fruit rotting quicker, sapping them of their delicious flavor, color and texture.

To blanch a banana pepper, simply take a large pot, a large bowl, a metal strainer and some ice.

Fill the bowl with water and bring it to the boil. Then take the banana peppers whole and place them in the strainer, before dunking them in the water.

Boil the peppers for two minutes before taking them out and placing them in a bowl of ice water. Let them stand until they are completely cool, then repeat the steps listed above to freeze them.

How To Freeze Sliced Banana Peppers

Freezing banana peppers after slicing them is a great way to preserve them a lot quicker, as well as making them into a frozen squash for later cooking.

Simply cut the peppers into cubes and mash them up. Once defrosted, you can add them to a stir fry or soup with even less preparation time. Just open your sealed bag and add the number of peppers to your meal and enjoy within minutes!

Once frozen, stick them in the freezer bags and slap a thaw-by date on each one.

How To Freeze Cooked Banana Peppers

Sometimes you’ll have yourself some leftover banana peppers that you simply won’t want to waste.

So a perfect way of preserving them for later is by sticking them in the freezer. Luckily a cooked banana pepper can be frozen just as simply and quickly as a raw banana pepper.

All you’ll need is a cookie sheet, a freezer bag and a spatula. Spread your leftover peppers on the cookie sheet and freeze for around 60 minutes.

Once frozen, use the spatula to slide the banana peppers off the sheet and into the sealable bags, taking care to remove as much air from the bags as possible. Mark with the freeze date and place them back in the freezer.

How To Thaw Banana Peppers

In the freezer, a banana pepper will keep for anywhere between 6 and 12 months when maintained at a steady 0 degrees Fahrenheit.

If you’re freezing banana peppers then the shelf life will be much shorter, around 4 to 6 months. The sooner you thaw them out, the better they will taste.

To thaw them out properly, whether from fresh or cooked, just take your sealed bags of frozen banana peppers and transfer them to the fridge. Leave them in the fridge for several hours until they have thawed.