Almond milk has been around for a surprisingly long time (quite a few centuries) but in recent years has become incredibly popular.

Seemingly out of nowhere, this dairy alternative was everywhere and in everything, but for good reason. Drinking almond milk is a healthy and delicious way of replacing dairy products and can be used in many different recipes.

The most obvious choice is your morning coffee, but almond milk can be used for so many other things. You can put it on cereal, use it in baking, cooking, and mix it into smoothies and protein shakes. It’s even used to make dairy-free alternatives to yogurt and ice cream. 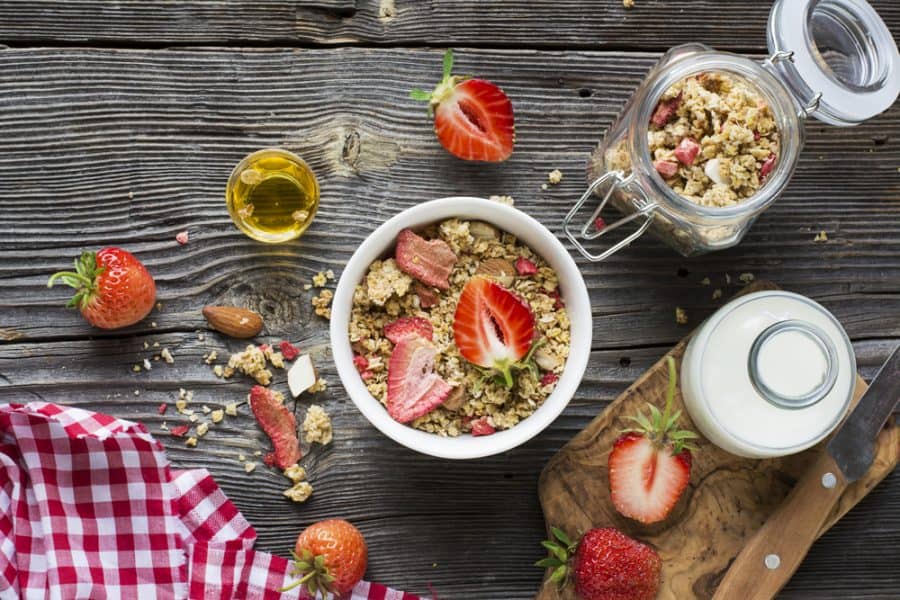 Almond milk is incredibly versatile and can be used in many different dairy replacement products. As it’s used in ice cream, does this mean that almond milk itself can be frozen as is?

The simple answer is yes, almond milk can be frozen and you can use your own home freezer to do it.

But, as with freezing anything, there are a few things you need to know before you go ahead and chuck the carton into the freezer.

How to Freeze Almond Milk

When almond milk is met with extreme temperatures, it can change its consistency and often separate (you may have seen this happen when adding it to a hot coffee). To try and retain its original consistency, here are a few ways to freeze almond milk.

If you are yet to open the almond milk carton, then this is the best situation to be in. Say you’ve just come home from the grocery store, gone to put the almond milk in the refrigerator only to realize that there was already a carton in there.

The best thing to do in this situation is to put the unopened carton straight into the freezer. If the carton is unopened, the milk will have had a limited exposure to oxygen which means it will keep even longer and even better.

If you have already opened the carton and are concerned that you won’t finish the milk before it goes bad, you can still freeze it.

Pour some of the almond milk into an airtight container, making sure to leave a little room and not fill it completely, and then place it in the freezer.

The previous two tips for freezing almond milk have been for those times when you have too much and don’t want to waste it. But what about if you want to freeze almond milk for a recipe?

Factors to Consider Before Freezing

As with any other foodstuff, freezing almond milk can change the consistency. Freezing something results in ice crystals forming which will change the texture and potentially the taste.

But with almond milk, this won’t be a huge issue as you can mix it together again. As there is already water in almond milk, it won’t disrupt it too much.

That said, even when defrosted almond milk is blended, the texture still won’t be exactly as it was before, so don’t expect it to be exactly the same.

It’s important to decide exactly what you want to use the frozen almond milk for. If it’s to be used as frozen for a healthy ice cream alternative, to blend it like a shake, or as a way to keep your iced coffee cool without watering it down, then you’ve nothing to worry about. The best way to do this is to freeze in an ice cube tray.

But, if you’re planning to defrost it, then you need to be prepared for it to potentially change in consistency and taste. It won’t make a huge difference, but it won’t be exactly the same.

So, overall, the answer is yes, you can freeze almond milk. But, before you freeze it, think if you really need to. Freezing almond milk can make it last longer and can be used in different recipes, but it won’t be exactly the same as it was before.